Most misunderstandings are usually due to poor communication. Communicating well with family members leads to less discussion, which increases cooperation and stronger connection between parents and teens.

To do this, it is important to invest time in building these relationships by spending time together, having conversations, listening to each other, and being interested in their interests. As children begin to grow and become teenagers, they begin to develop their own sense of self and have their own ideas and beliefs.

This can lead to disagreements if these new ideas are very different from those of your parents and this can be difficult for parents to respond to. Kids and teens like to test boundaries, although it’s a little easier to influence young kids to follow the rules, it’s much harder to do with teens. This is because teens are less likely to follow the rules when they are not part of the elaboration or according to the rules.

No matter how much a parent wants to tell a teenager to do what he or she says or asks without a bargaining chip, this is unlikely to happen even if a parent thinks he or she does.

Adolescents are likely to begin to lie or hold back the whole truth because they believe that their parents will not understand or see things from their perspective, even though parents are trying to do the right thing with their children. For teens to follow the rules, communication is key. For that to happen, teens need to be part of the decision-making process.

They need to feel listened to, understood, and considered, and as part of that, parents need to be heard, understood, and taken into account. Whenever there is disagreement about anything between parents and teens.

Then the parents think about the problem. Teenagers should also listen and not interrupt when parents talk. For this communication to work well, everyone must be clear from the beginning that they must speak with respect and one by one.

If someone raises their voice, remind each other that the conversation can only continue if everyone speaks calmly. If not everyone can speak calmly, it may be best to postpone until everyone is calmer. If the conversation continues as an argument, nothing is likely to be resolved. Once both parents and teens have heard each other’s views, it’s time to find solutions.

Most disagreements can be resolved by having a quiet discussion. Everyone wants to be heard and understood. You may need to practice and maybe learn to be calm first. This is also about teaching your teen how to solve problems and deal with situations they don’t like in a positive way.

Once the two have met and reached an agreement, it is important to arrange a follow-up conversation after a few days to see how the agreement works for everyone. When making the agreement, make sure that a consequence is agreed in case of breach of the agreement. Ask your teen for input on what the consequences should be.

That way, your teen can make an informed decision if he or she decides not to follow the rules you and your partner set. They will know the consequences of their decision. Follow the consequences and calmly discuss why this happened and try to reach a new agreement. 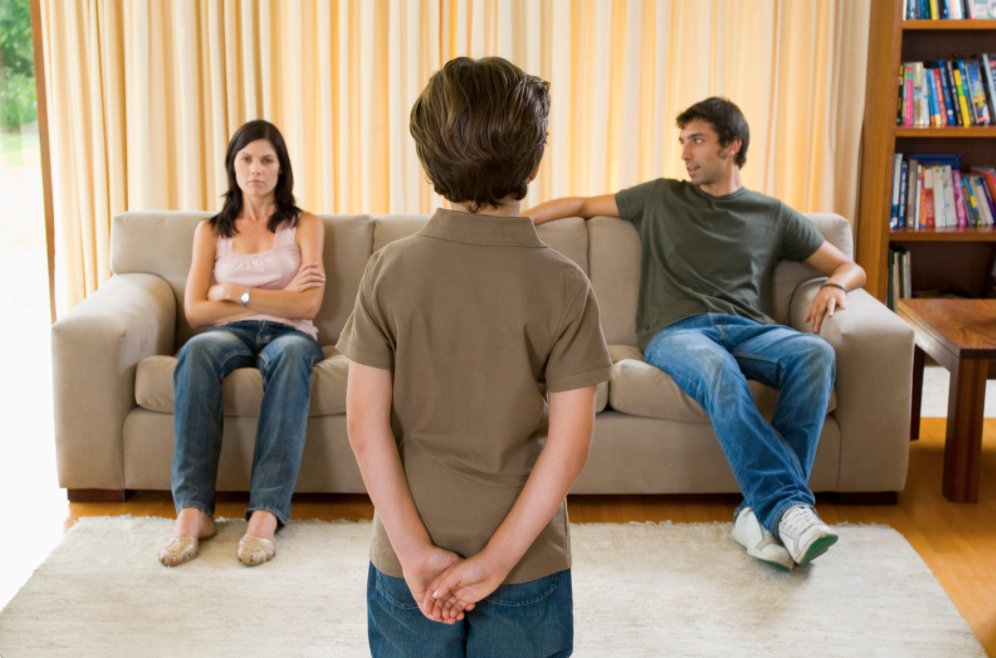 All spouses disagree at times, especially when there are children in the family. … END_OF_DOCUMENT_TOKEN_TO_BE_REPLACED